~BlackHawkProductions.com is an Amazon Associate and earns a commission from qualifying purchases.~ 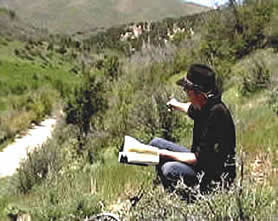 BlackHawkProductions.com is committed to supporting public understanding of the Mormon colonialization of Utah and the Black Hawk War. We understand that Native American culture and history can be challenging to learn, and to find reliable inforamtion. We strive to ensure you have the most valuable and relevant content and resources. P. B. GOTTFREDSON - BookStore is a huge collection of research books and videos for historians, educators, students, and enthusiasts. Mr. Gottfredson spent 20 years researching Utah's Black Hawk War and the devastation that it caused indigenous inhabitants. He is the author of My Journey to Understand Black Hawk's Mission of Peace. For Decades Mr. Gottfredson lived with the Timpanogos Nation and indigenous people throughout North and South America to learn their history and culture firsthand. Phillip benefited tremendously from Native American spiritual teachings that gave him a unique insight into the Black Hawk War in Utah, and settler colonialism as seen through the lens of Native Americans.

We have done all the work for you! Now you can benefit from decades of research and experience with this unique collection of books and videos from Amazon. From the list below, click on any link to learn more or to make a purchase!