National Museum of the American Indian

Eyewitness Report by Phillip B Gottfredson 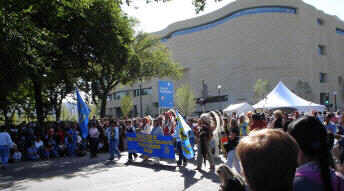 In my quest to understand the Native peoples of North America, attending this auspicious event I believed was a good place to start. Having a clear understanding of the Native American Indian was crucial to my research of the Utah Black Hawk War and in writing my book Black Hawk's Mission of Peace. As told to me by several Natives, this event is believed to be the fulfillment of a 500 year old Hopi prophecy of all Indian nations coming together as one.

The National Mall in Washington DC was filled with tens of thousands of people from every corner of the world. From the Washington monument to the nations capitol. Each tribe represented in the procession dressed in their finest regalia, dancing to the beat of drums as they slowly proceeded to the National Museum of the American Indian for the Grand Opening Ceremonies. The procession route was lined with tens of thousands of spectators respectfully applauding each and every tribe as they passed by. This was a historic moment and everyone there sensed it was so. Adding to the emotional moment I was taken back  even more when I saw the very old being pushed along in the procession in wheelchairs. This spoke a thousands words of the significance of this great event that even the most aged and fragile were deeply compelled to participate. 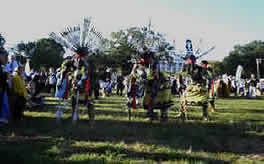 The opening ceremonies began at the Four Directions Stage in front of the nations capitol building with the Hopi Honor Guard bringing on stage the flags of the different nations. Black Eagle sang the Flag Song. 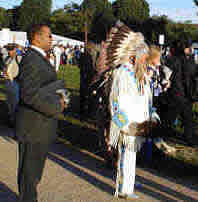 The festival then began and continued non stop for the following week. Thousands upon thousands of people continued to pour into the National mall. The lines to the Museum were long and endless from morning to night day after day. 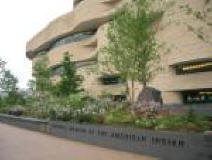